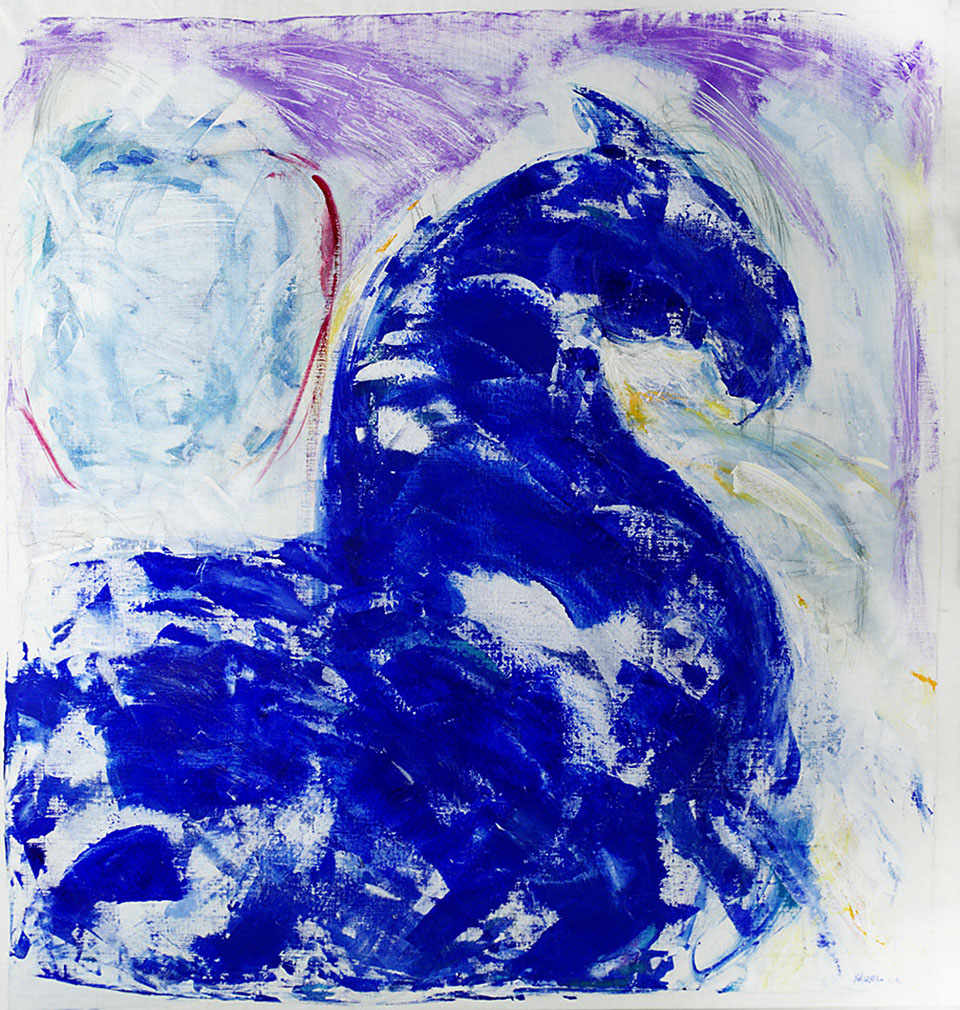 REVIEW FROM EXHIBITION IN MILANO 2006

'The playroom, that garden of childhood, keeper of the most precious objects of memory, breaks into the adult world through the works of Kerstin Krusell, Swedish artist exposing in Milan at Gallery Bazart arte contemporanea.

Objects/symbols from distant worlds, prototypes of the unconscious, ancient fairytales of an enchanted world, not only the nordic but also the mythic one of the far east, today closer than ever, take form, action, movement, through a palette which regards colour with the intensity and the precise referment to fauvism, as the artist seems to suggest us.

Kerstin Krusell moves consciously like in a chromatic dance on a poetic threshold that ranges between figurative and abstract forms, strong pictorial signs, expressive and free creativity that never suggests an idea of chaos, drama or tragedy.

On the contrary the colours, mainly acrylic on big format, whites mixed with cobaltblues, yellows, violets next to greens, to shadowed yellows, the forms, the contrasts, the tones create a harmony of the whole where the painting has a fixed status that cannot be renounced.

Educated at Göteborg University and the University of Uppsala, Kerstin Krusell has above all exposed in her native country Sweden in personals and collectives.

Through her works shines a close relation and at the same time a contrast between the influences of the nordic worlds most specific expressionist and dramatic icons that profoundly belongs to her, and the distressing awareness of falling down and reinterpreting the difficult context of todays reality, these primary figures of desire that reemerge from the labyrinths of the memory. A game, the one that this unique artist propose, that helps us to interrupt an existential and artistic malaise, experienced mainly without wishes, without future'.